Billy Hart's latest release is a collaboration with the WDR Big Band arranged and conducted by Christophe Schweizer. The album features all original compositions by Billy Hart, performed masterfully by the WDR Big Band.

All compositions by Billy Hart, arranged by Christophe Schweizer

All About Jazz
…(An) engrossing and brilliant affair. ….Eight Hart pieces are given expansive big band treatments here, highlighting the composer's way with the pen and his easily identifiable, impossible-to-duplicate drumming. If anybody but Hart had been in the driver's seat (a.k.a. on the drum throne) this would've been a very different recording…..proves to be a thrill ride with punching brass, hard-hitting drums, and relentless enthusiasm……more reasons to appreciate the way that Hart and Schweizer balance melodic thought, humor, and strength in this substantial work. The teacher and the pupil have become colleagues, and the results couldn't sound any better.
~ Dan Bilawsky

The Classical Arts
The Broader Picture (enja/yellowbird) of Billy Hart & The WDR Big Band is so dexterous you could probably listen to it nine times straight and hear new things on that ninth listen. Swiss arranger/conductor Christophe Schweizer has outdone himself. ….Hart's compositions from different eras of his career are ripe for reinvention…you simply cannot take it all in on first listen or second or even third listen…Excuse me but I just got to go back and dig on this thing again.
~ Mike Greenblatt

Watch a video of "Imke's March" 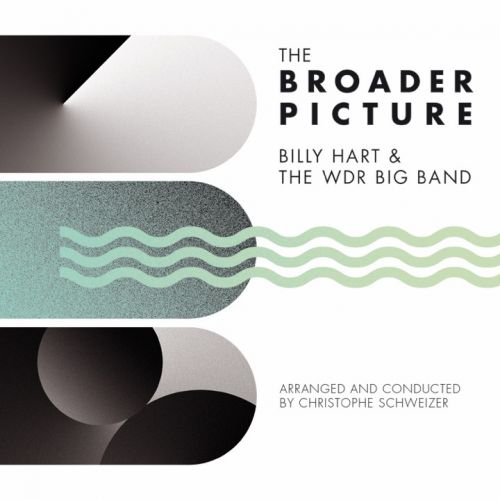